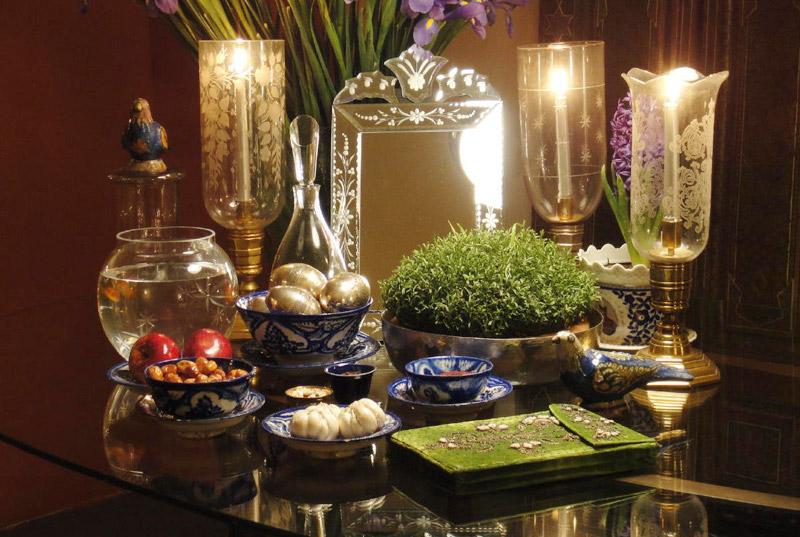 The Symbolism of the Haft-Sin One of the most important traditions of the Iranian New Year is the ritual called Sofreh-Haft-Sin (translated as Table of the Seven S).

A few days before the New Year, the carpet or the table of the house is covered with a special towel and placed on this are seven items each starting with the letter Sin, or 'S' of the Persian alphabet. The number seven is considered sacred in Iran since ancient times, and the seven items represent the seven angels heralds of life-rebirth, health, happiness, prosperity, joy, patience and beauty.
Traditional table Haft-Sin is composed of:
1 - Sabzeh or sprouts, usually wheat or lentil is the 'rebirth'.
2 - Samanu, a creamy pudding made with common wheat sprouts earning a 'new life' being turned into sweet.
3 - Sib means apple and represents 'health and beauty'.
4 - Senjed, sweet, dry fruit of the Lotus tree (typical of Iran), is 'love'.
5 - Sir, is that Persian garlic is the 'cure disease'.
6 - Somaq, the buds of sumac, represent the sunrise color represents the 'victory of good against evil'.
7 - Serkeh or vinegar is 'maturity and patience'

In addition to these elements, they may also be included at the table other objects such as candles, representing the light and warmth with the arrival of spring and the holy book (Avesta, Torah, Bible or Quran) according to religion. After consuming edible symbolic items, they are replaced by other objects (not edible) that also begin with the letter S which can be: sekke (coins), Sonbol (hyacinth), Sepand (rue), sepastan (sebestena), samovar ( samovar). They can also be added goldfish, a mirror, a clock, an orange flower floating in a bowl of water, colored eggs, pomegranates ...
This is a tradition that dates back to the time before Islam, more precisely the traditions of the ancient Persian Zoroastrianism. Current Iranians do not celebrate exactly the same way as their ancestors, but retains some traces of the old tradition by considering their important spiritual values. 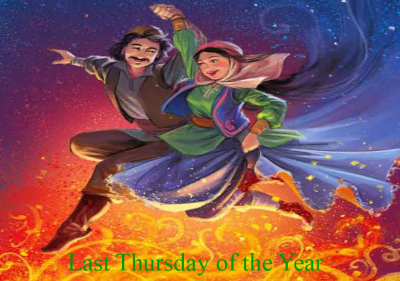 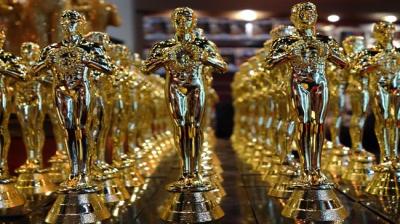 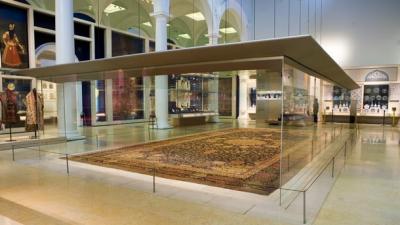 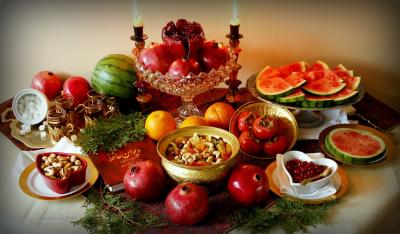