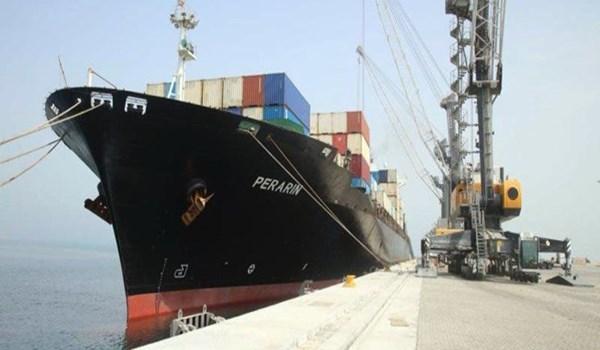 Iran and India decided to accelerate the development of the Chabahar Port in southern Iran.

India’s finance ministry has announced that budget earmarked for the country’s development work at the ocean port of Chabahar would double in 2020-2021 to reach nearly $14 million.

Reports in the Indian media on Sunday suggested that the budget announced by Finance Minister Nirmala Sitharaman a day earlier had allocated Rs100 crore (one billion rupees) to the country’s foreign ministry for the purpose of development of Chabahar port in Southeastern Iran.

The fund is more than double the amount allocated in the 2019-2020 budget which was Rs45 crore or $6.3 million, said the reports, adding that the increase in the funds had been facilitated by a recent agreement between India and the US, the country which maintains a harsh regime of sanctions against Iran.

India seeks to develop Chabahar, located on the Sea of Oman, to have an alternative trade route to the landlocked Afghanistan and further to the Central Asia region via bypassing its rival and neighbor Pakistan.

The development work, first agreed with Iran in 2003, has stumbled in recent years mainly because of American sanctions on Iran that make it difficult for Indian companies to engage in projects in Chabahar.

However, a meeting between Indian and US authorities in Washington in December ensured that India could get fresh exemptions for work in Chabahar.

Indian media reports suggested that US Department of Treasury had issued a confirmation of the special exemption from Iran sanctions for India mainly on conditions that Iran’s elite military force the IRGC would not be involved in the operations at Chabahar.

The reports said that doubling the amount of annual budget for India’s work at Chabahar would prove to Iran and Afghanistan that New Delhi is determined to develop the port despite reports over the past year suggesting that the Indians were no longer interested in the project because of the increasing American pressure.

In an interview, Dharmendra said that India had never stopped operations at Chabahar, Iran’s only major ocean port located on the Sea of Oman, where New Delhi seeks to open a gateway to markets in Afghanistan and in the Central Asia region.

“I think we are making steady progress. As you know it is one year since we took over operations of the port. So now we are getting some approvals and procurement of equipment for the port,” Dharmendra said.

The envoy said that India will increase its activity at Chabahar despite sanctions imposed by the United States on Iran.

He said officials from the Ports and Maritime Organization of Iran and India’s Ministry of Shipping will meet in early February in New Delhi to make further progress on bilateral agreements on the port.

“We should be patient; these are capital projects. It’s only one year since we started operations but you know these circumstances are a little difficult,” Dharmendra said.

“We should be confident; we should be optimistic. We are putting every effort to make the port as successful as possible,” he added.

The ambassador said that Iran had made the right decision to engage in a partnership with India for development of Chabahar, a move he said was rooted in the trust that exists in relations between the two countries.

“We appreciate the trust Iran is putting in India as a partner in Chabahar so we really appreciate that and I think it is right choice,” he said.

In December, Indian Foreign Minister Subrahmanyam Jaishankar announced, after meeting with Iranian officials, that Tehran and New Delhi have agreed to speed up the development of Chabahar port.

Under US pressure, India has stopped buying oil from Iran, one of its top suppliers, and moved gingerly on its long-cherished dream of extending New Delhi’s reach to Afghanistan, Central Asia and beyond via Chabahar.

India’s dithering is incrementally frustrating because Chabahar is exempted from the sanctions that the United States began re-imposing last year after withdrawing from a landmark nuclear agreement with Iran.

The rare exemption provided by the US is due to the pivotal role which the port is about to play in bringing landlocked Afghanistan out of isolation. Afghans hope it could boost their war-torn country’s trade and lay the foundations for tapping into billions of dollars worth of mineral reserves.

The port on the Gulf of Oman as well as road and rail links could also reduce Afghanistan’s dependence on foreign aid and check the illicit opium trade that has been a major source of revenue for militants.

For Indians, the project is on course to change the whole economic geography of the region because it gives them direct unobstructed access to Central Asia, to Russia and Europe.

Launched in 2016 between Iran, Afghanistan and India, the project has faced repeated holdups, however, almost stalling after the US re-imposed sanctions on the Islamic Republic in May 2018.

Indian Prime Minister Narendra Modi has said his country would spend $500 million to develop Chabahar and related infrastructure to boost growth and spur the unhindered flow of commerce in the region.

India wants to develop two terminals with five berths at the Shahid Beheshti area in Chabahar. It plans to build a 600-meter cargo terminal and a 640-meter container terminal, but only a portion of the two berths have been finished.

Last December, India took over operations at part of the Shahid Beheshti port, according to officials of the two countries.

On Sunday and Monday, Indian Foreign Minister Jaishankar met Iranian officials in Tehran and after their talks, he said the two sides had agreed to accelerate the development of Chabahar.

“Just concluded a very productive India-Iran Joint Commission Meeting,” Jaishankar tweeted as he wound up the two-day visit to the Iranian capital.

“Reviewed the entire gamut of our cooperation. Agreed on accelerating our Chabahar project,” he added.

Iran’s President Hassan Rouhani said in a joint news conference with Jaishankar that the project would boost trade in the region.

“Completing the Chabahar-Zahedan railway and connecting it to Iran’s national railway can elevate the position of Chabahar port, revolutionize regional commerce and help transport goods on a cheaper and shorter route,” he said.

Rouhani said Iran and India have to continue bilateral cooperation and not allow the United States to stand in the way of their relations with unilateral sanctions.

India stopped buying Iranian oil after the US canceled waivers for eight countries continuing Iran shipments in May.

India’s ambassador to the US said in August American sanctions on Iran were hurting his country which was finding it hard to replace Iranian oil imports.

Iran's Foreign Minister Mohammad Javad Zarif said last month India had actually put itself “on the receiving end” of US “bullying” after caving in to illegal sanctions and ending oil imports from the Islamic Republic.

“India has certainly taken a stance against the sanctions… so that’s been encouraging, (but) of course, we expected our friends to be more resilient vis-a-vis US pressure,” Zarif reportedly told a group of visiting journalists from New Delhi in Tehran.

“This situation certainly will not last, and America will be forced to stop its maximum pressure against Iran sooner or later,” Rouhani told Jaishankar on Monday.

In relevant remarks on Sunday, Zarif said that he was pleased to co-chair the 19th Joint Commission Meeting with India’s External Affairs Minister (Subrahmanyam Jaishankar) in Tehran. 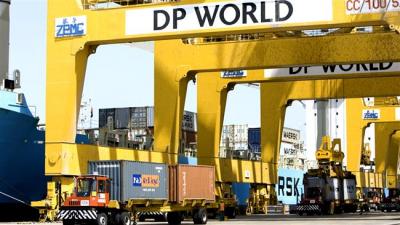 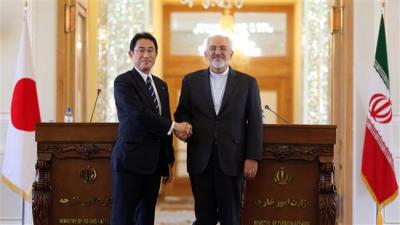 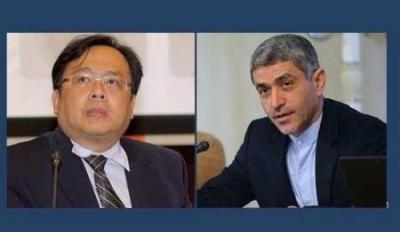 Iran and Indonesia call for expansion of banking ties 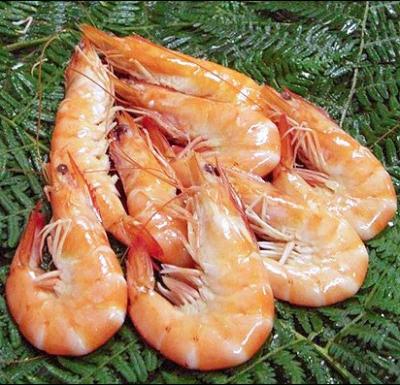 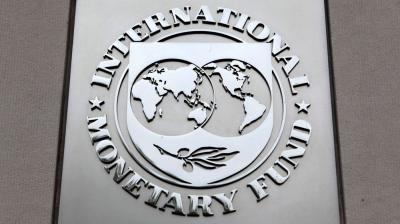