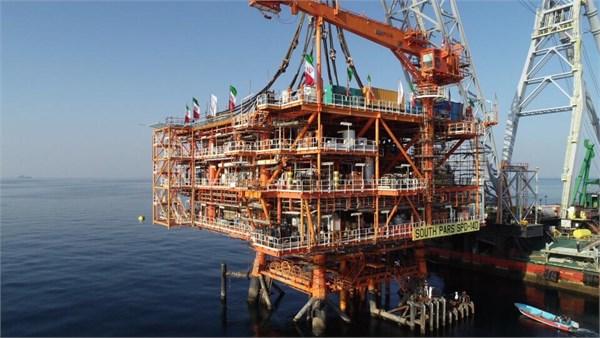 A completely home-made drilling rig of giant size and weight was installed by a domestic company in the South Pars gas field, the biggest energy reserve in the world which Iran shares with Qatar in the Persian Gulf.

Iran has concluded its fully home-grown efforts for development of a major part of the world’s largest gas field with installation of a supersize drilling rig in the Persian Gulf.

Videos published on Sunday showed Iranian engineers and technicians monitoring how the 2,400-ton platform was mounted on an offshore gas well located in Southern Iranian waters.

That marked the end of major plan for development of all sections of Phase 14 of the sprawling South Pars gas field, a reserve Iran shares with Qatar.

The drilling rig, dubbed SPD-14D, has been built by Iran Marine Industrial Company (SADRA), a company where the Islamic Revolution Guards Corps (IRGC) has the controlling shares.

The IRGC is blacklisted by the United States, making it difficult for the elite military force to access foreign technology and equipment for its construction projects in Iran.

However, SADRA, staffed by qualified Iranian technicians, has been contracted by Iran’s Oil Ministry for building 10 major oil and gas platforms. The company is also responsible for complicated transport operations of the supersize rigs, as well as their installation at sea.

Reports said it took one week for the SPD-14D platform to reach its installation site which is some 100 kilometers off the port of Kangan in the Persian Gulf.

The completion of development plans for phase 14 of South Pars enables Iran to extract as much as 56 million cubic meters (mcm) per day of gas from that single section of the giant gas field. Total production from South Pars is currently around 630 mcm and is expected to near 700 mcm by March.

In December, Director of Project Planning and Control at Pars Oil and Gas Company (POGC) Ali Afarideh Qiasi said the platforms and offshore pipelines of all South Pars phases, except for SP11, would have become operational by the end of the current local calendar year (20 March 2019).

The remaining platforms of phases 13, 14 and 22-24 of the South Pars gas field are set to become operational by the end of the current calendar year in March 2020, which would bring gas recovery capacity in South Pars to 680 mcm/d from the current 630 mcm/d.

He added that Iranian contractors and manufacturers have achieved good capacity throughout the implementation of South Pars development phases, registering “brands” in some sectors.

Afarideh said each conventional phase of South Pars would involve two 1bcf or five 500mcf platforms. He added: “Of a total twelve 500mcf platforms in SP13, SP14 and SP22-24, two platforms have been built by ISOCO in Bandar Abbas Yard and 10 others at SADRA yard in Bushehr.”

Early in December, Head of Production Operations at the Pars Oil and Gas Company (POGC) Hadi Fakhrzadeh said that Iranian engineers and technicians managed to overhaul 22 offshore platforms in the giant South Pars Gas Field in the Persian Gulf, independent of any foreign company or entity and depending 100% on domestic capabilities and potentials.

Fakhrzadeh added that natural gas, as a key part of the country's energy mix, plays an important role in meeting the growing need for an environmentally friendly energy source, adding the overhaul operations took 160 working days and entailed over 8,800 orders to be addressed.

The official said that on average, overhaul operations of every platform had been reduced from 17 days in 2009 to 7 days in 2019.

In October, CEO of the Pars Oil and Gas Company (POGC) Mohammad Meshkinfam said that Iran is planning to increase the volume of its daily output from the South Pars gas field, which the country shares with Qatar, by 50 million cubic meters per day. 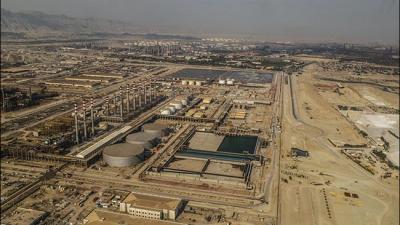 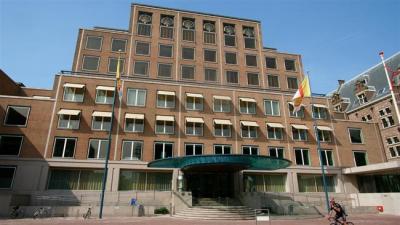 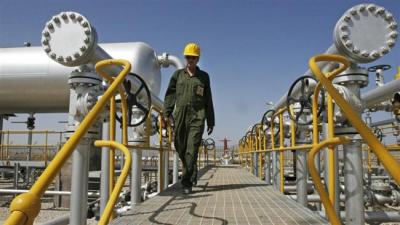 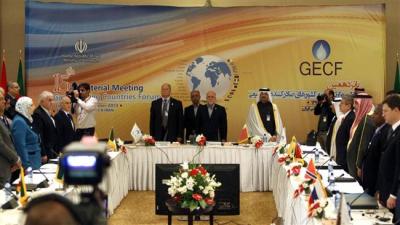 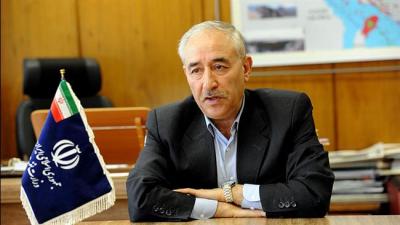