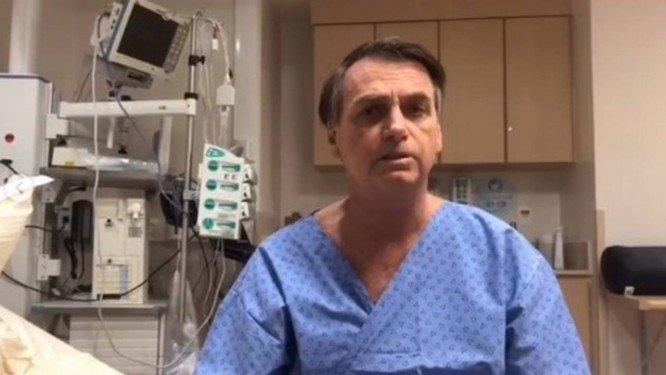 Bolsonaro shows improvement in the results of the exams and returns to walk, says medical bulletin

President Jair Bolsonaro (PSL) presents a stable clinical picture, without pain or fever, with improved laboratory and imaging tests, according to a medical report released on Wednesday (6). He also went back to walking in the corridor of the Albert Einstein Hospital, in the South Zone of São Paulo, this Wednesday.

Bolsonaro underwent surgery to remove a colostomy bag and re-establish the link between the small intestine and part of the large intestine on January 28.

According to the bulletin, the president "continues with a nasogastric tube, drain in the abdomen and antibiotics intravenously." He is receiving fluids orally in association with parenteral nutrition and today he performed respiratory exercises, muscle strengthening and walking again in the hall. medical order, the visits remain restricted, "the text says.

According to spokesperson Otávio do Rêgo Barros, "the president's health status evolves as expected. Today, he has walked a few times in the corridor of the hospital, performed exams and respiratory activities"

"The nasogastric tube is in a period of adjustment to the president's fluid intake so that it closes when he ingests that liquid and remains open at some point in the process. This balances and causes the organism to begin to adapt to this new reality. Regarding the drain, very little liquid has been extracted. So there is a possibility that in the next few days this drain will be drawn from the president's abdomen, "he said.

"Imaging tests were done today [Wednesday] and it was found that the president's abdomen actually had a significant evolution. So it is an evolution similar to that that will allow, which will give doctors, the withdrawal of this drain, "he added.

In the early afternoon, Bolsonaro posted on his Twitter account the message: "Every day better!" I have walked, did breathing activities, positive exams and physiological functions in the process of evolution, we continue from the hospital despachando as shown in the photo yesterday and using the social networks as information disclosure of our team. "

"The images posted on Twitter of councilman Carlos Bolsonaro are today. The president has already walked twice today and intends to walk a third time. Between these movements, at times, he had to sit down, but resumed and now when I was coming to meet you he already expressed the desire to continue physical therapy now with the exercise bike. Even the physiotherapist herself was very happy because it is difficult for the patient to do physiotherapy so intensely and he demonstrates this willpower, he demonstrates this ability to want to overcome these challenges in the shortest possible time. The president is a very strong man both physically and emotionally, "the spokesman said.

"The president will be discharged when the medical team is fully convinced he will not return to the hospital," he added.

Still according to Rêgo, doctors have not yet decided whether after returning to Brasilia, Bolsonaro will have to do fewer activities.

Monday (28/1)
Jair Bolsonaro underwent surgery to remove the colostomy pocket at Albert Einstein Hospital, in the South Zone of São Paulo. The procedure ended after seven hours and occurred "successfully," according to the Planalto Palace.
According to the medical bulletin released by the hospital, the surgery was performed "without complications and without the need for blood transfusion". An "anastomosis of the ileum with the transverse colon" was performed, which is the union of the small intestine with a part of the large intestine. They were removed from 20 to 30 centimeters of the large intestine of Bolsonaro in the part that connected the small intestine to the colostomy bag.

Tuesday (29/1)
Bolsonaro was admitted to the ICU of the Albert Einstein Hospital after removal of the colostomy bag. He received analgesics to control the pain and did not present bleeding or complications, without fever or signs of infection.

Wednesday (30/1)
Bolsonaro reassumed the Presidency of the Republic and began to dispatch an office that was set up on the same floor where he is hospitalized at Albert Einstein Hospital, in the South Zone of São Paulo.

Thursday (31/1)
Presidential spokeswoman Otávio do Rêgo Barros said that Bolsonaro was trying to keep himself from speaking, but the medical recommendation was difficult to accept: "The president is difficult, he is talking now." Despite the doctor saying to him stay silent, he's already talking. "

Friday (1/2)
Bolsonaro released a video, in his Twitter account, in which he appears crying while watching a pair singing "Evidences". The president made his first videoconference in the hospital-based temporary office. The meeting was with the Chief Minister of the Institutional Security Office, General Heleno.
The medical bulletin of the day said that he had a good clinical evolution. "He already shows signs of beginning bowel movements." "Follows an exclusive parenteral (intravenous) diet, without infection or other complications." He undergoes respiratory physiotherapy and walking periods outside the room.

Saturday (2/2)
The president had nausea and vomiting, and doctors had to get a nasogastric tube.

Sunday (3/2)
Jair Bolsonaro continued using an open nasogastric tube, with a stable clinical course. According to the medical report, the president was painless and with no signs of infection.
Bolsonaro underwent an abdominal CT scan that ruled out surgical complications. It is in oral fasting and exclusive parenteral nutrition.

Monday (4/2)
Bolsonaro had an increase in temperature, started taking antibiotics and the discharge scheduled for Wednesday (6) was postponed, according to spokesman Otávio Rêgo Barros. The medical bulletin reported that the president started taking antibiotics and new imaging tests were performed. A net collection was identified next to the intestine in the region of the former colostomy. He was submitted to ultrasound-guided puncture and remained with drain in place.
The president presented bowel movements and had two episodes of evacuation.

Tuesday (5/2)
The president improved his state of health and began to receive liquid by mouth. Bolsonaro presented increased intestinal movement, which allowed the onset of oral injection. "The laboratory tests are improving, and the patient is on antibiotics and drainage in the abdomen," the medical report said. 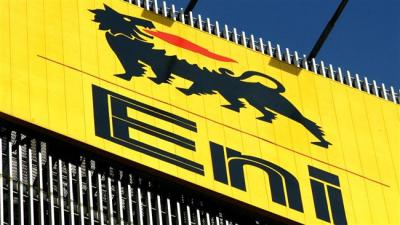 Iran to sign deal with Eni over Kish, Darkhovin 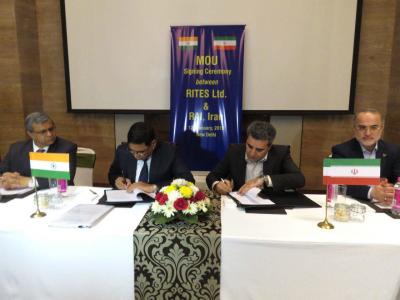 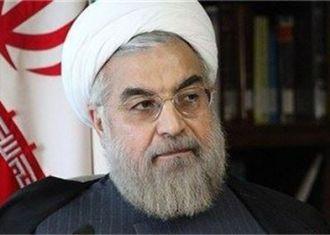 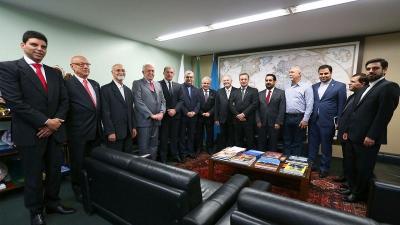 The reformulation of parliamentary group of friendship between Brazil and Iran, it is imperative to promote relations between the two countries.