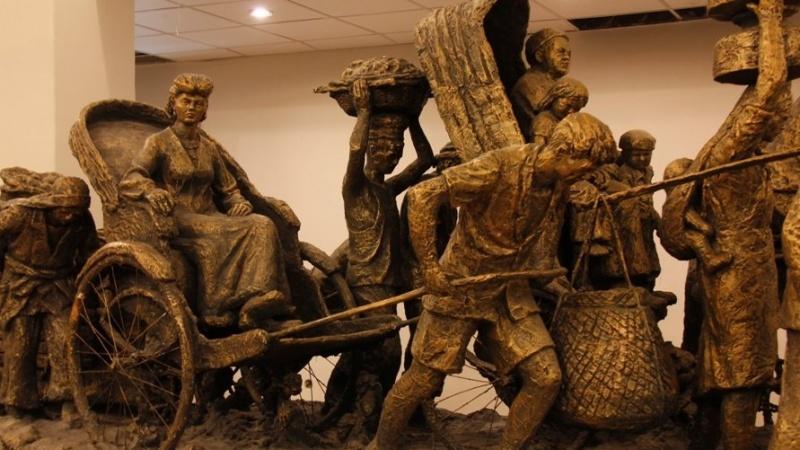 The province of East Azerbaijan has many wonderful attractions. Last week, we met some beauties from its capital, Tabriz. Now we will present other places of this historic city. Museums are some of the places where objects and works from other eras are ex

We could call the province of East Azerbaijan a historical, cultural and natural museum. The city of Tabriz was five times the capital of different Iranian monarchies. Several museums that are in this city, exhibit works that represent each one of these times of the Iranian territory.
The Historical Museum of Azerbaijan is located in the center of Tabriz, near the Qabud Mosque. This three-thousand-square-foot museum was inaugurated in 1962, is a three-story building. They conserve objects and information belonging to the three prehistoric, historical, and Islamic times.
In the museum are historical objects of the five millennium BC, this has made this place a true depository and symbol of history, culture and Iranian art of the northwest region of ancient Persia.
The oldest objects in this museum are a set of clay dishes belonging to the five millennium BC, other more outstanding pieces of the prehistoric era, are the stones with drawings of animals and plants that belong to the third millennium BC In the museum, there are also Two corpses one of a woman and a man who belonged to the first millennium BC and who protect themselves in a showcase, which were discovered in the scientific investigations carried out in 1999 in the enclosure of the mosque of Qabud.
A new part of the museums of Azerbaijan is the section where they guard the stones of the tombs that correspond to different eras. Still, one observes the statues of stones with figures of goat (or ram) and human statues, with inscriptions. In another part of the museum are kept coins from different eras.
Contemporary works also have their own place in the museum. In this part are pieces of the sculptor artist Ahmad Hosseini, born in Tabriz. Large statues of the artist are exhibited with the theme: Man in the world today. In Hosseini's opinion, the man of this century is in conflict with the multiple natural catastrophes, war, poverty and injustice among other things.
Currently, the collections of the museum represent more than 11 thousand cultural phases, but due to lack of space, only 2300 objects are exposed to visitors. All this information has made the museum of Azerbaijan a valuable deposit that can attract national and international tourists.
In the old quarters of the city of Tabriz, we find houses with very impressive entrances. The Supreme Council for Urbanization and Architecture consider Tabriz as one of the six historical-cultural cities of Iran, so many steps are being taken towards restoring the many parts of the city and rebuilding and conserving old houses and mansions. For example, the Sharbat-Uqlu home has already become a cultural place, or the Qadaqui mansion in a Faculty of Architecture at Sahand University.
But, Khane Mashrute (or the constitutional house) located in the west of the market of Tabriz is a important historical monument belonging to the time of Qajar in which today, has become Museum of the Constitution of Tabriz.
Taking into account that Azerbaijan, above all, the people of Tabrizense have played an important role in the victory of the Constitutional Revolution of Iran 100 years ago, it was essential to found a museum that represents the historical legacy of this historical period, with interesting collections, from personal objects Of the leaders of the constitutional revolution and more information and documents on this important period of contemporary history and reports and photographs of the events surrounding this revolution.
The main museum building was an old mansion of a well-known city named Haj Mehdi Kuzeh Kanani, where in the constitutional revolution was a command center of the revolutionary forces. The building is built on an area of 1,200 m2 and was listed in Iran's national heritage list in 1975. All the documents and objects related to the revolutionary struggles of the time are displayed in the Constitution Museum. Personal belongings of revolution leaders, documents, decrees, and personal correspondence of combatants and government forces, the liberal presses are pieces of the museum deer.
Museum of Constitutional Revolution is also one of the interesting and unique sites in contemporary Iranian history.
Now let us introduce you to the places of walks and gardens of the city. O-Gölü is one of the most important touring places in Tabriz, but with the growth and development of the city, it is already at the center of the urban structure. The O-Gölü garden is a nice place with a large lake. The lake covers an area of 5.5 hectares and a capacity of 2000 cubic meters. Formerly the largest lake called O-Gölü which means the great lake, which served, during the Saavedra, as the largest reservoir of water to irrigate the gardens in the eastern areas of Tabriz.
But in the Safavid dynasty, stone walls were built around the pool, and then, in the time of Qajar, they added streets decorated with weeping willow trees, and different types of flowers. Also on this tour is the O-Gölü Palace which was built in the reign of Sultan Yaghub Aq Qoyunlu and the Safavids extended it. One of the princes of the Safavid dynasty named Qahreman Mirza, perfected the garden and turned it into a royal promenade.
In recent years, in the main building opened a restaurant and the side outside the garden was building a five star hotel to meet the tourist demand, since the place is widely visited by domestic and foreign tourists. 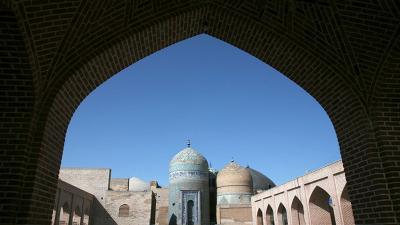 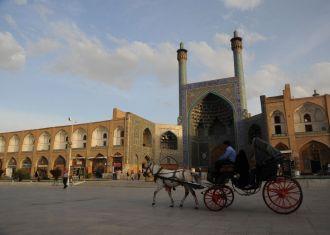 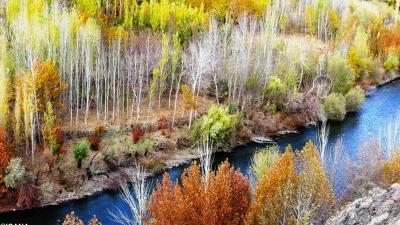 Come with us to Iran - 31 - Chahar Mahal-Bakhtiary Province 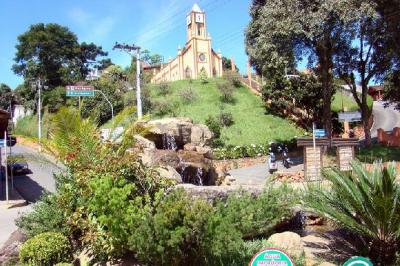 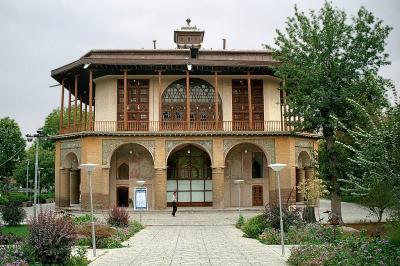