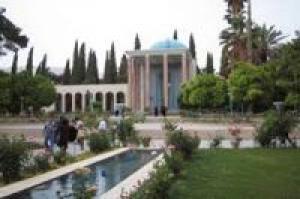 Come with us to Iran

In the name of God, our greetings to all our dear listeners and interested in the series of programs, Come with us to Iran. In previous programs know the beautiful city of Shiraz, Fars capital, and its historical monuments.

Mentioned that Shiraz is home to many well-known personalities in the world of science, art and literature. Today, the graves and memorials of these intellectuals get many of his admirers who come from different parts of the world.

In the previous program, we present them Hafez, great and famous Iranian poet, whose tomb was one of the themes of the previous chapter.

We start today's program, with another famous poet of this territory, Sheikh Sadi Shirazi Moslehedin, who lived in the seventh century. Invite them to join us.

The Memorial and the tomb of Sadi, known as Sadieh, is situated next to a mountain at a distance of 4 kilometers in the northeast of the city of Shiraz. However, nowadays, with the growth of this city, the place has been almost in the city center. This place, previously, was the convent of the same Sadi, where he spent the last days of his life and after his death, buried him there. For the first time in the seventh century, built a memorial to Sadi, but in the year 998 was destroyed by order of Yaqub Zolqadr, the governor then. Later, in the year 1187 of the lunar Hijra, Karim Khan Zand ordered rebuild the tomb. In the year 1329 solar Hijra, by the will of Ali Asqar Hekmat and through the Association of National Works of Iran, the monument was replaced by the current, which was designed by French architect Andere Godar.

The monument's style is Persian and in front of the tomb there are 8 color stone columns of brown. The same monument has been decorated with white tiles and stones. On the side, the monument has a cubic shape but inside has eight edges and walls of marble and a blue dome.

This monument through an entry binds the tomb of Shurideh Shirazi, known Persian poet.

The monument includes two perpendicular terraces, where the poet's tomb is in its angle. The ceiling of the monument is also decorated with turquoise tiles. The eight building edges, there are 8 entries in which were written the poems of Sadi.

Around the monument of this great poet there are other tombs of personalities and intellectuals.

Dear listeners, the city of Shiraz is also known for its beautiful gardens and trees, which have been described in the foreign tourist itineraries. The Moroccan tourist Ibn Batute, who visited Shiraz in the eighth century of the lunar Hijra said that in the East, no other city except Shiraz, reaches the level of Damascus, the beauty, markets, gardens, fountains and for his people and, adds that Shiraz is situated in a full land and is surrounded by gardens.

Of course, it is the good climate and blur time that have grown the most beautiful gardens in Shiraz. The gardens of the twelfth and thirteenth centuries the lunar Hijra found in this city can speak Garden "were, the garden Bagh-e Delgosha, the garden Jahan Nama, the Nazar Garden" and also the garden "Narenjestán", among others.

We follow the program today by presenting them the garden were.

The garden They were, is one of the best known and oldest gardens of Persia story. This garden, with traditional Persian architecture and the tall pines is one of the most visited attractions in this city.

Mostly, this garden was founded at the time of Ilkhanian between 654 to 750 years of lunar Hijra. It was later rebuilt by two skilled architects of Shiraz.

100 years ago, built a building of three plants in this garden, whose architecture, paintings, plaster and tiles decoraçãos are one of the masterpieces of the Qajar period in the nineteenth century. The first plant is decorated with stone inscriptions and the poems of Hafez Shirazi and Shoride two famous Persian poets.

The beautiful decoraçãos with tiles that tell the story of Hazrat Suleiman, festivals and other staff over painting dealing with different tales of Persian poets such as Nezami Ganjawi, have differentiated the garden were the similar worldwide. In general, the paintings and the beauty of the tiles on the walls show the traditional culture and the interest of the Persians by the tales of the Quran and the book Shahname (the work of the Persian poet Ferdosi).

The garden of the building were designed in such a way that the water comes out of the northern zone and falls to the ground plan of the same building refreshing. In front of the building, there is a fountain with tile decorations, which reflect the images of the pines and of the building, which attracts the attention of any visitor. The tall pine trees that have many years for its beauty, it is most famous and beautiful this garden. They were among the garden of pines, one is known for his age of 250 years and a height of 36 meters. This pine is the front of the building and the south bank of the source of tiles.

The garden were, nowadays, is the botanical garden belonging to the University of Shiraz and visit it each year many students, researchers and foreign tourists.

In this garden, are also planted over 500 species of flowers and plants, some of which are rare species.

Also Narenjestán garden (garden of orange trees) is among the most beautiful mature gardens of the city Shiraz. This garden and a monument that there is is a valuable set of Qajar era in Shiraz. The garden is named after the orange trees that are in place.

The front door opens to the south and the top is decorated with red marble inscriptions with Qur'anic verse. The door is constructed of wood with beautiful decoraçãoes of Monabat-kari (Marquetry) that opens the scope of the garden.

In both parts of the corridor located two doors, through which one can access to other parts of the building. These ports have a height of two meters. The columns of the hall are made of marble in one piece and shaped cylinder.

The garden building by decoraçãoes of mirrors, stained-glass windows, traditional art called Monabat-kari and sculptures is one of the most beautiful buildings of the Qajar period in Shiraz.

In the year 1345 solar Hijra (1967) have given the Narenjestán garden to the University of Shiraz. The French iranólogo, Professor Arthur Upham Pope, Asian Institute conducted investigations in this garden between the years 1348-1358 the solar Hijra (1970- 1980) under the observation of Iran.

And in the year 1378 (1999) began to host the researchers at the Art College and Architecture at the University of Shiraz.

Dear listeners have completed the program today. Expecting that it has been of interest and pleasure, parted us to the next program. Goodbye. 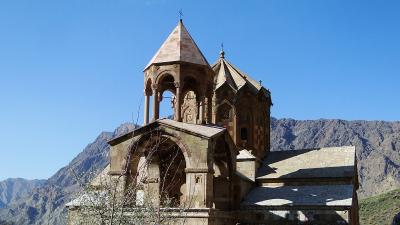 Come with us to Iran - 43 - East Azerbaijan Province - Craft Center 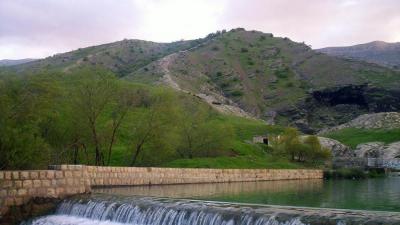 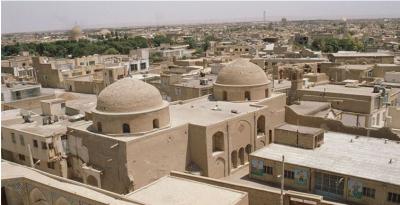 Come with us to Iran - 24 - Isfahan Province - Kashan City 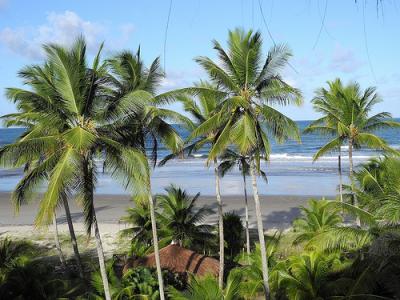 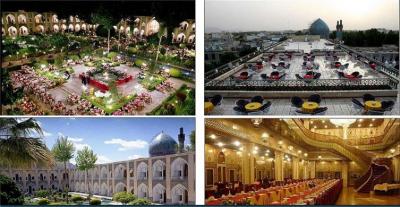